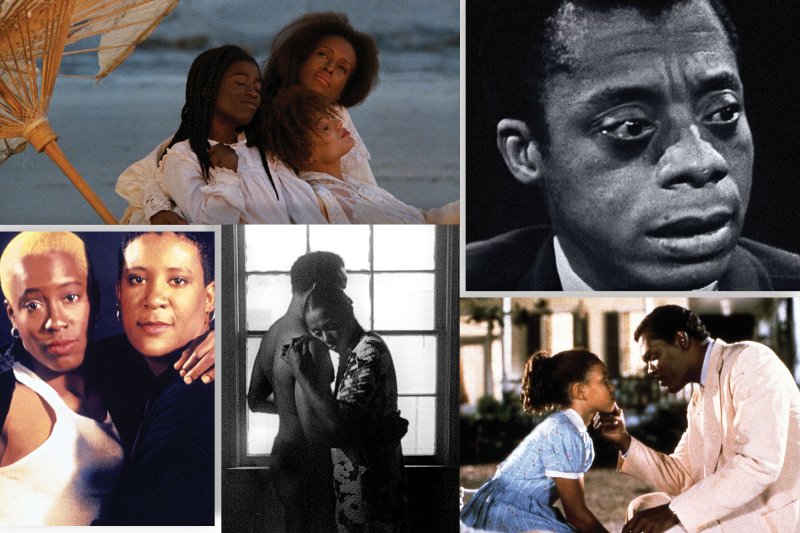 Calls for greater inclusion in Hollywood have been at the forefront of recent cultural conversations, after decades upon decades of resistance to change. But even as the barriers to entry have been great and opportunities for Black filmmakers less available due to the larger forces of systemic racism, Black artists have been creating remarkable and culturally significant work since the early days of filmmaking, across many genres and styles.

The importance and beauty of Black cinema lies not only within its storytelling, but also in the visibility of its creators, both on- and off-camera, as models of what is possible. The ability to tell a story from one’s own perspective and on one’s own terms is freeing, and it has proven essential to the legacy of Black film.

“When you see others doing it, it gives you the confidence that you can do it too,” director and screenwriter Gina Prince-Bythewood (Love & Basketball, The Old Guard) tells TIME, pointing to the work of trailblazing Black female directors like Euzhan Palcy and Julie Dash as major influences on her career. “It inspires you to get into the position to do it. It’s also the fact of seeing ourselves up on screen that’s so important to me about my work—to put ourselves up on screen so we can see ourselves reflected.”

With this rich history in mind, TIME asked 14 Black directors—including Prince-Bythewood, Julie Dash, Nia DaCosta, Lee Daniels, and Dawn Porter—to share the works of Black filmmakers that have most influenced their own movies and careers. From groundbreaking features like Oscar Micheaux’s silent film Within Our Gates to experimental documentaries like Marlon Riggs’ Tongues Untied, here are 24 essential works of Black cinema, presented in order of their release, recommended by Black directors in their own words.

Within Our Gates (1920), selected by Julie Dash

“I saw Within Our Gates in the late ‘60s—it was a silent film, black and white, and it just had so many different things in it that I had never seen depicted onscreen before as an old movie,” says director Julie Dash, whose 1991 film about a multi-generational Gullah family, Daughters of the Dust, became the first feature by a Black woman to have a wide release in theaters.

The 1920 silent movie is a seminal film that addressed the painful racial violence of the time; Micheaux actually wrote and directed the movie as a response to D.W. Griffith’s racist, Ku Klux Klan propaganda film, The Birth of a Nation. “I was able to see it again as a film student at UCLA,” Dash said. “And I could appreciate all that he was able to incorporate in that film, like themes of miscegenation, migration, a Black woman taking off on her own, trying to fundraise for a school. You name it, it was in there.”

Where to watch: Amazon Prime, Library of Congress

William Greaves’ 1968 documentary-turned-narrative feature, Symbiopsychotaxiplasm: Take One is as much about the process of making a movie as it is about the cultural upheaval of the 1960s. “It’s really an experiment, and as a filmmaker, he’s illuminating the filmmaking process,” says director Garrett Bradley, who earlier this year became the first Black woman to win Sundance’s directing award for documentaries for her movie Time, due to release on Oct. 9. “In a way, that really shows how the artistic process cannot be disconnected from the political and social complexities when you’re on set.”

Bradley also recommends Greaves’ other work, including Ali, The Fighter, his 1974 documentary about Muhammad Ali’s return to boxing, and Wealth of a Nation, a 1966 short documentary short about individualism as a key part of America’s strengths. She considers Greaves one of the most important filmmakers in history, “not only for his sheer breadth of work—I think he made over 200 documentary films over the course of his career—but also for his real experimentation of the form, which carried over several decades.”

Where to watch: Criterion

I Am Somebody (1970), selected by Dawn Porter and Garrett Bradley

“It’s this remarkable verité, beautifully-filmed piece about Civil Rights activists,” says director Dawn Porter, whose recent documentary, John Lewis: Good Trouble, about the late civil rights legend, premiered in July. Madeline Anderson’s 1970 short documentary film tells the story of a labor strike by Black female hospital workers in South Carolina. “It’s just so bold, because she lets the film speak for itself, the storytelling is the main event,” Porter says. “There’s no bells and whistles, just the purity of the story, of human beings pushing for something that they believe in. The purity of that film is really inspiring to me.”

Note that the ensemble is comprised of individuals